↓
Matt Black is a boutique entertainment supplier. We are not a band factory with hundreds of performers on our books, sending out random groups of musicians who have never played together before. We keep our team small so that we can maintain a high standard of performance and service. So you can be sure that if you book us you will get a selection of the musicians and DJs you see on this page. If you want someone in particular don’t be afraid to ask!

Matt started playing guitar when he was nine years old and never looked back. Later he took up vocals and began composing and arranging music, working as a session guitarist, playing in various Melbourne bands, and performing as a DJ. (Photo: Mark Davis) 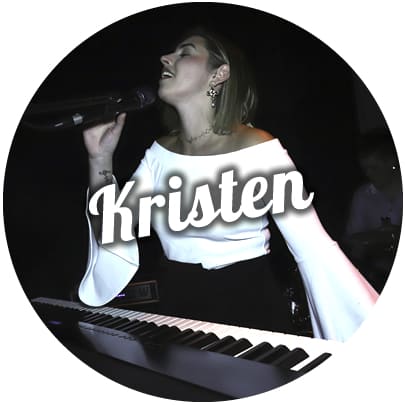 Kristen is our main lead vocalist, fronting both the duo and band. She majored in classical piano performance at the University of Melbourne, and her live experience includes hundreds of weddings and corporate events. She is also an accomplished songwriter. 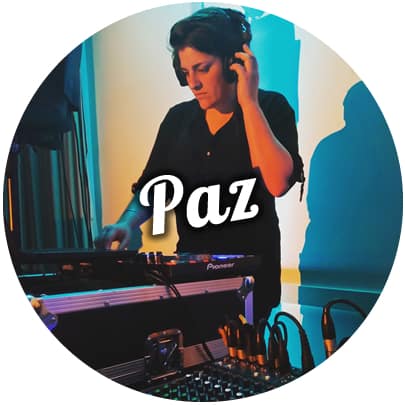 Paz (Pascale) is our main DJ. She has completed a Bachelor of Sound Production and worked as an AV technician for Harry The Hirer. Although she has played various musical instruments in the past, she now devotes her creative energy to DJing. 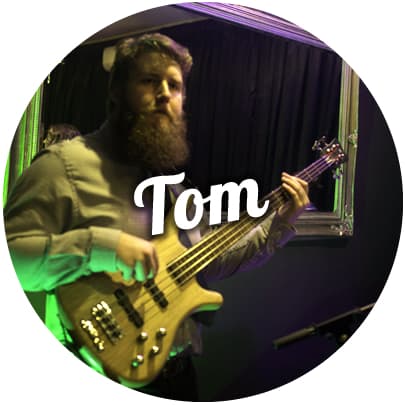 Tom has been playing bass for almost as long as he has been growing his beard. He has featured in lineups by Melbourne Club Band, The Baker Boys, and other well-known weddings bands in Melbourne. 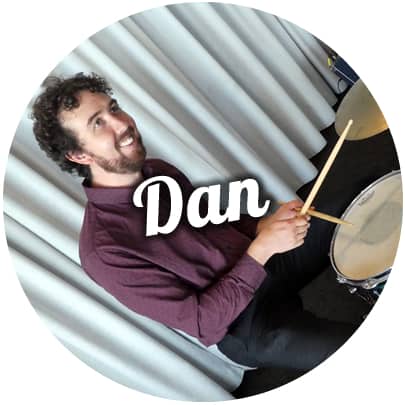 Since 2001 Dan has played over 500 gigs in Australia and overseas, and worked as a session player for over 20 artists. He is also a competent pianist and percussionist. 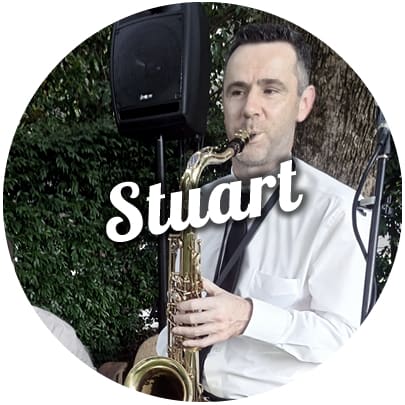 Stuart regularly performs in music theatre, having recently played at Disney’s Aladdin, Matilda, and Jersey Boys. He was a member of Channel 7’s Dancing With The Stars orchestra, and has performed with Delta Goodrem, Jessica Mauboy, Hugh Jackman, Kate Ceberano, Leo Sayer, and Geoffrey Rush. 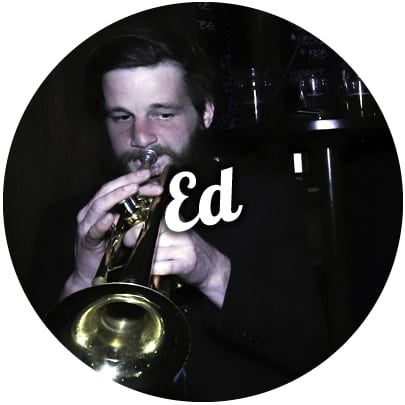 Since emigrating to Melbourne from the UK in 2011, Ed has played and toured with some of the country’s biggest acts, including Cash Savage and the Last Drinks, Ash Grunwald, and Melbourne Ska Orchestra. He plays in a range of acts, from jazz combos to big bands, an Elvis tribute show, and cabaret. 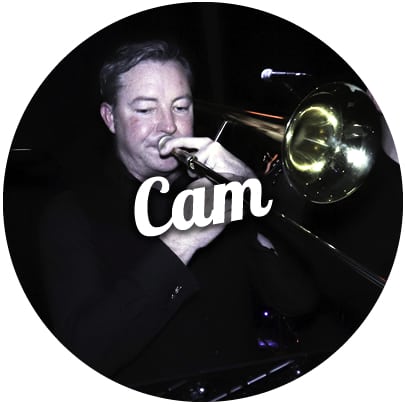